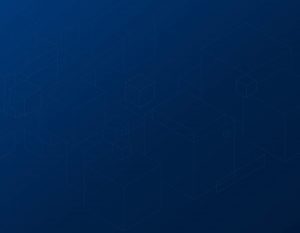 Excerpt: Granular microservices, or Packaged Business Capabilities that can quickly and seamlessly integrate into existing IT infrastructures, including cloud environments, are becoming increasingly prevalent in corporate and government customer communications. Technologies such as Docker and Kubernetes provide the necessary foundation for their deployment, management, and scaling.

According to market analyst Gartner in its report, “Top Predictions for 2020 and Beyond: Technology Changes the Human Condition,” we are approaching the end of large monolithic applications. Instead, companies are increasingly assembling applications from small, individual building blocks, ideally using low-code or no-code development environments. Microservices or API services play a key role.

Gartner expects that by 2022, 30% of applications will be delivered this way, up from only 3% in 2019. According to Gartner, monolithic applications are like record albums were in the past: you had to buy an entire album to hear the one song you liked. Now, it’s common to download only the tracks you want and compile them into an individual playlist. Gartner says software is similar—only a fraction of a large enterprise application’s functions are actually used. As a result, there’s a shift toward SaaS solutions and API services, which offer much more convenience and flexibility in a user’s day-to-day operations. Instead of being tied to and having to align one’s business processes to the rigid design of a single, large application, granular microservices make a company more agile and able to react more quickly to market changes while retaining its existing IT infrastructures.

Demand for low-code tools, SaaS solutions, and API-centric microservices is rising. Even relatively conservative industries, such as public administration or the logistics and manufacturing industries, are increasingly addressing the topic. That is no surprise as IT departments are under enormous pressure to improve efficiency and cut costs. They must get the maximum out of existing systems and available resources and ensure high availability at all times, yet not accumulate any “excess capacity.” So, in addition to business agility, it’s also a matter of optimally utilizing IT resources.

Gartner expects that by 2023, around 40% of users will be creating business applications according to their own needs. That may mean that functions are no longer offered as an “all-in-one package” but instead as a collection of building blocks or API services, depending on a company’s business requirements. Gartner says packaged business capabilities are increasingly coming into play.

1) Gartner Top Strategic Predictions for 2020 and Beyond: Technology Changes the Human Condition, October 22, 2019.

With the increasing popularity of such services, there’s a question of their origin and distribution or deployment. That’s where proven technologies such as containers and Docker, a well-known open-source software that provides container technology, come into play. While not new, they have revolutionized the deployment of micro-applications or microservices that can be scaled as needed and that run equally stably and reliably on all platforms. That allows agility, even when you need to update certain functions, such as microservices or a packaged business capability, or implement new ones.

Instead of updating an entire solution, as you’d do with a huge application, you only need to replace the image with the microservice you want to update. For example, suppose the USPS provides new postage discounts and you use a granular microservice postage optimization function within your output management system (OMS). In that case, you could simply replace it with the new one without affecting, or paralyzing, other OMS processes.

The question remains how to automate distribution, scaling, and updating containers as much as possible while guaranteeing maximum availability. It’s important to remember that when a monolithic application is broken down into tens or hundreds of services, its complex landscape can be difficult to manage manually. Therefore, systems exist to monitor and control—or orchestrate—those services as containers.

Kubernetes is the best-known platform in that context. Its basic principle is that services are distributed in the form of containers to several “nodes.” That guarantees that if a server fails, its business-critical services are still available.

The benefits of such “orchestration platforms” are also apparent when it comes to scaling. When a particular service’s load demand increases, it can be monitored in real-time, and additional services added automatically to guarantee consistent high performance.

Kubernetes has a large supporter base among the major cloud providers, such as Microsoft Azure, Amazon Web Services, and IBM Red Hat. Whether the solution operates “on premise” as a private cloud or in a hosted cloud environment, the container applications’ orchestration can be deployed in various scenarios. That makes the platform virtually predestined for hybrid IT environments.
In other words, anyone with an architecture based on microservices should use standardized methods, such as Kubernetes, to scale services automatically and keep the service or business capability highly available at all times.

There is increasing fragmentation of powerful software solutions into small, scalable, and easy-to-integrate packaged business capabilities in the field of customer communications, where Compart is driving the issue forward.

Within Compart’s DocBridge® product family, the global omnichannel communication software manufacturer provides applications in cloud environments. That involves offering selected functions as services that can quickly and easily be integrated into existing infrastructures through well-documented and easy-to-use web APIs (usually based on the REST pattern) and linked with third-party applications.

There are a number of DocBridge® products already available as packaged business capabilities, which can be used as dedicated document and output management processes. They include DocBridge® Impress (document creation), DocBridge® Conversion Hub (a central conversion service for the digital inbox), and DocBridge® Document Viewer (a universal, web-based viewer for almost any format). Due to their granularity, they are a worthwhile alternative to monolithic on-premise applications.

DocBridge® Gear plays a central role in Compart continuing to expand the range of such solutions. It’s a software platform for modeling reusable tasks and processes, or worklets, that can be called via corresponding API. For example, if a customer requires a tool that converts AFP to PDF, it can model the process from a number of worklets that can then be integrated via API. In addition to REST, hot folders and even the command line are available to call a process in DocBridge® Gear.

Compart’s goal is to support companies by automating their customer communication processes and making them more agile while also conserving their IT resources. To achieve that, Compart continues to push the automated provision, distribution, and orchestration of applications by using containers and Kubernetes to continue meeting the increasing demand for easily integrated microservices.

Case Study: Document Creation as an API Service in a Hybrid Cloud

Compart is currently running several projects on this topic, including a migration to a new ERP system that operates in the Microsoft Azure Cloud. It was also replacing the page-oriented output management system. A customer, therefore, was looking for a solution that could integrate well into the new hybrid cloud architecture and serve analog media, such as print, as well as electronic media, particularly email.

The company targeted several providers of document and output management software, including Compart. They did not want to back “one horse,” defined as a manufacturer that offers all the required functionalities in a single product from a single source. Instead, the customer pursued a “best-of-breed” approach—it sought granular microservices with clearly defined API interfaces, each covering only a specific document and output management process that could easily integrate into a new, modern infrastructure. They wanted an overall system that was scalable in terms of document volume and user numbers, and that interacts easily with other providers’ services as part of the hybrid cloud.

The customer uses both services to generate invoices, statements, verification documents, document copies, and in fact everything they produce in their new ERP system and send as an email or traditional letter. The two services’ tasks are clearly defined: While DocBridge® Impress Designer creates document templates and automatically distributes them to the production environment, DocBridge® Impress Engine uses those templates to generate finished documents in the correct format for the medium.

Another Compart API service, DocBridge® Resource Director, will soon be available for document generation. That component manages all the resources required to generate a document, such as fonts, logos, colors, text modules, images, and more, ensures that correct resources are assigned to corresponding documents, and monitors dependencies between resources. That prevents errors and rule violations in document generation, such as the use of outdated or non-existent logos and fonts. DocBridge® Resource Director also ensures that resources are not accidentally deleted, and incomplete projects are not sent into production. Another part of its scope is the automatic versioning of all resources.

One Compart client in Germany, a large travel insurance provider, needed to establish a new, business-critical process involving communication between the customer, the call center, and its claims processing department. The company’s legacy system did not provide enough availability, and the client needed to either purchase additional licenses and update or expand its existing solution at great expense.

Instead of adapting their entire, highly monolithic legacy system merely for one use case, a better, much more affordable solution was to cover the communication process with a dedicated API microservice that automatically scales as needed.

The service can also process formats such as HTML5, meaning it’s possible to do away with the PDF workflow entirely and instead create the document in HTML. That format is easier to process than PDF, which is strongly oriented towards the DIN A4 page standard and is, for instance, not well-suited for display and editing on mobile devices.

Compart expects increasing demand for granular API services in document and output management so companies and public authorities can quickly and easily add new processes to their document processing and augment and modernize existing ones. Using such services lets companies keep customer communications as flexible as possible against the backdrop of digitization, including new communication channels and document templates and formats.

Thorsten Meudt, Chief Marketing Officer at Compart, says, “We are deliberately focusing on these topics and will continue to expand our portfolio’s modular architecture in coming years. Our goal is to offer API microservices that are even more scalable and easily deployed and orchestrated as containers. Customers who intend to move to or are already in the cloud are in good hands with us.”