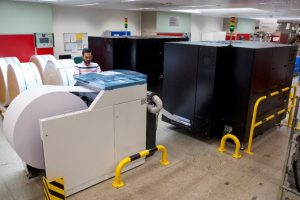 eBill Ahead of Paper Invoice

Excerpt: For every document it processes, Avaloq Outline in Switzerland checks to see whether it can be delivered as an email, an eBill, or in another electronic format rather than by regular mail. It’s proof the document and output management service provider is decisively driving digital transformation. The service platform’s core is a modern BUS architecture based on API services and standard services that are easy to configure and can be scaled.

About the author: Carsten Lüdtge, a qualified journalist (University Degree: Diploma) and specialist editor, is responsible for press and public relations at Compart, an international manufacturer of software for customer communication, and is … Read more
Member News|Case study 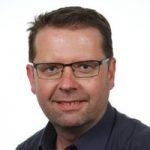 According to the Swiss Federal Statistical Office, in 2019, more than 85 percent of all invoices in the Alpine country were still sent by traditional mail. Only a small percentage of invoices were sent electronically, either as an email (6%) or an eBill (2.4%). That is especially surprising because PDF invoices sent as email attachments have long been considered legally compliant.

So why such reticence, especially since Switzerland is such a global digital pioneer? The IMD World Digital Competitiveness Ranking 2020 placed the country among the top six in digital competitiveness.

Jean-Daniel Andrey, head of Customer Engagement Solutions at Avaloq Outline AG, sees several reasons for the slow take-up of digital mail. “For one thing, Switzerland is a small country where the distances are quite short, compared to countries like Norway and Finland, so traditional mail has quite a high rate of timeliness and reliability. There hasn’t been such a need to look for legally secure digital shipping alternatives. People still prefer the classic way.”

He said there are also organizational and structural causes. “Swiss data protection law only permits electronic document dispatch if the recipient expressly consents to it. But that’s often not so easy because, especially with existing customers, there is usually no explicit consent. It would therefore have to be requested at a later date. Many companies don’t even have their clients’ email addresses,” he says.

Digital invoicing often fails due to insufficient data quality and a patchwork of different digital offerings.

“In Switzerland, no one has managed yet to establish a consolidator for electronic mail—meaning a kind of digital inhouse mailbox that’s familiar from traditional mail—and make it a worthwhile alternative for every user, whether they are a private household or a company.”

He’s talking about an electronic mailbox for all documents, one that’s accessible via a personal ID or digital signature used everywhere, such as for banking transactions, telecommunications contracts, and online stores. That has long been a reality in countries such as Slovenia, Denmark, and Spain.

On the other hand, he says “Babylonian conditions” prevail in digital communication in Switzerland. Every citizen has many different passwords for various applications to send and receive documents in business transactions. “There is simply no government initiative to standardize the whole thing,” says Andrey.

Nevertheless, Andrey sees a clear trend for the next few years. “In 2025, the ratio between analog and electronic dispatch will be around 50-50,” he says.

That’s supported by the fact that the number of people receiving and sending invoices as eBills is rising continuously. The Swiss Federal Statistical Office reports around 95 percent of all financial institutions are already connected to the system and actively promoting it.

In 2020 alone, the “pandemic year,” Switzerland’s eBill transactions doubled compared to 2019, according to SIX, a service provider for payment transactions and invoicing in Switzerland that develops and operates the eBill infrastructure. SIX recorded more than two million registered eBill users for the first time at the end of February 2021.

There’s also a cost pressure. More and more companies are switching to digital communication because their document volumes are continually increasing, and sending them by email or eBill is much cheaper than by mail. A paper invoice costs an average of 1 Swiss franc ($1.11USD), compared to an email, which only costs around 10% of paper by mail.

It’s only a matter of time before digital shipping establishes itself as an alternative to paper. Jean-Daniel Andrey and his employees see this within their own company—more and more customers are switching to email and eBill or using the eBanking system.

While the company has participated in the eBanking system for two years, it’s the only provider in Switzerland that also continues to send physical mailings. “That has ultimately led to us developing workflows that ensure we deliver electronically to everyone who has given consent and whose data we have, meaning their email and eBanking address,” says Andrey.

Avaloq Outline sees itself as a driver of digitization in customer communication and is expanding its range of services accordingly.

“We are at home in both worlds and offer the entire service portfolio of multichannel output management for the analog route as well as the digital one,” says Andrey. Asynchronous processing via web services (API). It all started in 2015 with the decision to push multichannel shipping to customers. Avaloq Outline used the anyEngage platform as its central, technological basis. That’s a central data hub for generating omnichannel-capable documents from raw data and, depending on the recipient’s requirements and conditions, sending the documents via either analog (paper) channels or electronically.

“The raw data is the starting point for all channels,” says Andrey. “If you have that, you can produce documents in any format.”

Avaloq Outline receives raw data primarily as XML files. But some customers use applications that don’t allow that, so they send emails with PDF or scanned attachments or even traditional paper documents instead.

One challenge is to extract raw data from these formats as XML and prepare it for both analog and electronic dispatch, meaning via the web, email, eBill, or mobile devices.

For printing, raw data is supplemented with additional information and control codes, such as for inserting or electronic franking, compiled into postage-optimized files, and then transferred to the spool system. Avaloq Outline uses AFP and PDF as standard formats.

One anyEngage platform feature is retrieving, collecting, and processing customer documents as soon as they’re created and released in a specialist application via web services (REST API), depending on the agreement.

“Using REST API gives us the ability to process documents transactionally 24/7,” says Andrey. “-Demand for such services is increasing, especially when customers want to process small volumes instantly.” Avaloq Outline can offer both synchronous bulk or batch processing at a specified time, as well as asynchronous, meaning 24/7 retrieval of documents or data.

Paper Is Always the Last Option

Avaloq Outline’s digital transformation strategy, dating from 2015, is continuously driving forward. The company switched to white paper production in 2013, making it the first Switzerland company to print on continuous rolls of white paper. Logos and other graphic elements are stored digitally in a database, added customer-specifically via barcode, and then produced during printing. That made the stocking of paper forms obsolete. The next milestone was in 2017 and 2018—the company established email and eBills as communication channels.

Andrey says, “More and more customers are considering eBill as an alternative to classic paper invoices for reasons of cost and convenience. We also offer the whole service cheaper than the competition, which should provide a further boost for eBill.”

The basic principle is checking before each dispatch to see if a document can be delivered electronically. That led to the development of a unique workflow, eBill Checker, that uses the DocBridge® Gear software for electronic invoice dispatch.

It examines raw data to check how to send the invoice. Does the addressee participate in eBanking? Is the email address eBill-capable? Is there an email address at all? Does the recipient possibly have an e-Post account? And, above all, has the customer agreed to electronic delivery?

In any case, digital delivery takes priority. The invoice is only printed and sent by traditional mail if electronic delivery is not possible. Andrey says that paper is always the last resort. He’s convinced the number of paper invoices to digital ones will continue to fall.

At one of Switzerland’s largest media companies, for whom Avaloq Outline has handled invoice dispatch for 15 years, around 700 customers switch from paper-based to digital communication every month. If the trend continues at the same pace, the media company will not send a single paper invoice in two and a half more years. Andrey says the trend toward digital mailing is irreversible.

Avaloq Outline currently produces and sends more than 250 million documents annually on behalf of its customers. Around 21 million are sent via email, and about 7 million are sent as electronic invoices or eBills.

The company has plans to connect other electronic communication channels to the central anyEngage platform. Abacus, for example, is the second largest provider of accounting software and services and operates its own invoice network. All companies using Abacus are connected within a network and can exchange documents digitally and directly.

Via API, Avaloq Outline asks whether a customer requiring an invoice has an Abacus account. If they do, invoice data is sent directly to the accounting system. Otherwise, Avaloq Outline receives the error message “Recipient not available,” checks digital sending alternatives such as email, ePost, or eBill, or sends the invoice as a letter.

It’s clear that Avaloq Outline uses various services and providers to push electronic dispatch and integrates them smoothly into its platform via API. DocBridge® Gear software plays a significant role in the process. The Compart solution is a central tool for modeling and orchestrating workflows and processes at Avaloq Outline.

DocBridge® Gear uses reusable worklets that represent specific functionalities and sub-processes. These worklets can be granular, meaning they are small, manageable processes, or very large, such as multiple nested processes that use complex criteria. Changes in worklets can easily be made without extensive reprogramming.

DocBridge® Gear lets you configure every process of document creation, conversion, modification, verification, and output user—specifically, efficiently, and via one platform. Output management service providers especially benefit from that because the requirements for multichannel output management such as Avaloq Outline’s are high.

There are different workflows for document creation, conversion, and output, depending on the customer’s requirements. There’s one, for instance, for outflow for PDF to AFP conversion with subsequent printing. For another customer, the document must be converted to PDF and sent as an email attachment. In a third case, it’s a matter of converting the PDF to XML in order to transfer the data to an eBanking system.

Avaloq Outline would have to individually program the different workflows for each of its approximately 200 customers; that’s a challenge, given they average 600,000 processing jobs per year. Instead, the DocBridge® Gear solution was chosen because its API interface architecture allows new media and communication channels to be connected quickly and easily and guarantees a stable communication flow based on raw data.

“For us, a high level of stability in document conversion is critical, and Compart is the furthest along of all the vendors in this regard,” says Andrey. “With Compart, we have the assurance that all workflows will run stably even after updates or with new releases. The mix of stability, innovation, and flexibility in our new architecture are great benefits we owe to DocBridge® Gear.”

With the Compart software, you also see easily how many documents have been created and sent for each workflow, and an overview of the current status of processing jobs. “The services we develop with DocBridge® Gear in terms of workflow provide us with a high level of transparency,” he says. “You can see exactly what happened where and when.”