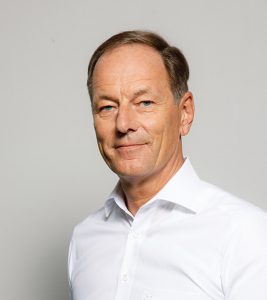 Excerpt: Dr. Wolfgang Köstler is the new CEO; founder and former CEO Harald Grumser moves to the Supervisory Board, Thorsten Meudt becomes new member of the Executive Board as Chief Technology Officer.

Effective July 1 of this year, Dr. Wolfgang Köstler was appointed as the new CEO of Compart AG. He thus succeeds founder and owner Harald Grumser, who moved to the Supervisory Board and will chair it in the future. The three-member board also includes Christof Mayer (Chief Research Officer) and Thorsten Meudt as Chief Technology Officer. Reinhard Fischer was also appointed Chief Development Officer on July 1. In this position, he is responsible for all product development and reports to Thorsten Meudt.

Harald Grumser: “I managed Compart for 29 years and developed it up to Compart 4.0. Now it is time for younger people to take the helm. Compart is my child, which has now fledged. I will continue to guide it with a lot of advice and a little less action and make sure this child continues to do well.” According to Grumser, Compart has never been in as good a position as it is today and now has the most well-coordinated management team ever in the company’s history. Above all, the transition of the entire product portfolio to a component-based architecture and the development of new solutions and components, which began four years ago, is a very solid basis for ensuring growth in the future, according to Compart’s outgoing CEO and new chairman of the supervisory board.

Wolfgang Köstler: “Compart has been firmly established in the market for years and has a high reputation. This is borne out by the growing number of well-known customers, who are themselves market leaders in their respective industries.” This good reputation naturally obliges, the new CEO continues. After Compart has invested heavily in new products in recent years, these are now to be stepped up and targeted for market success. Especially in the product business (software licenses and subscriptions), Köstler intends to further increase growth in his new role as CEO. “Our strong financial position allows us to continue to invest in product development at a high level, while expanding even more through the expansion of our sales force.” According to Köstler, Compart is aiming for further expansion in North America in particular, in addition to Western and Northern Europe.

Thorsten Meudt, Chief Technology Officer: “With the transformation to Compart 4.0, as Harald Grumser calls it, we have set the right priorities in recent years and put Compart in a good starting position for the coming years. In addition to the architecture, we will therefore focus very strongly in the next few years on further expanding our offering functionally, especially in the areas of transactional processing, digital input and output channels, and interactive workflows.” Integration into and interaction with third-party systems via interfaces that are as open as possible will also play a major role, he said.

Thorsten Meudt, who was already responsible for product management among other things in his previous role as Chief Marketing Officer, refers in this context to numerous challenging and successful projects in the past and current fiscal year for transactional and interactive processing in customer communications, including at WWF Switzerland (integration of document creation and processing in Salesforce.com).

“Based on the experience gained so far in these pilot projects, we therefore want to develop robust standard components in the coming years, which will then be available to all customers. Of course, this also includes the further development of our DocBridge® Pilot and DocBridge® Mill Plus solutions, which have been used successfully for years and which, after all, reflect our classic strengths in output management.”

With the component-based architecture, Compart has set up a state-of-the-art technology that gives customers a very high degree of flexibility in the deployment and operation of solutions and components of the DocBridge® family, according to the new Chief Technology Officer. According to Meudt, the microservices-based approach, which requires no client installations at all, is suitable for “anyPremise”, from a single server in the company’s own data center to a fully orchestrated container solution at cloud service providers such as Amazon and Microsoft.

Reinhard Fischer, new Chief Development Officer, adds: “Our customers are increasingly asking for container-based solutions that can be quickly and easily integrated into their existing infrastructures. Our goal is therefore to use container technologies such as Docker, Kubernetes and OpenShift to make DocBridge® Gear the platform for customer communications of the future. This is, of course, a big task for me in my new role as well.” The new head of development sees supporting the agile development teams in the technical implementation of Compart’s strategy as a key goal of his new job.